Why enhance your meats?

Demand for meat is increasing, both in the U.S. and globally, posing strains on our ability to feed the planet sustainably.

We love fully plant-based meats, yet we also know that they still represent less than one percent of the total meat market.

In a recent study, more than two-thirds of respondents said they intend to maintain or increase their consumption of animal protein in the next year. This data proves that meat demand in the US and globally is higher than ever and continues rising.

About 36% of Americans identify as a flexitarian, compared to 3% who follow a vegan diet, according to a national consumer survey published by Packaged Facts.

Recent consumer research by the meat and grocery industry found that 76% of respondents indicated some level of interest or current participation in the category of blended meat/plant-based items.

What about blended mushrooms?

Maybe you've heard about the trend of blending mushrooms into burgers. We love it; it's great! But it's limited.

Mushrooms can work well in a burger, but not so much in other meats. Plus, mushrooms are often more expensive than most meat, subtract a lot of protein from the final product, and can contribute to shrinkage during cooking.

While The Better Meat Co. uses delicious mushrooms as a component in some formulas, our products are cost-competitive, roughly maintain (or even increase) protein levels, and don't cause shrinkage. In fact, they actually improve juiciness!

By partnering with us, you can provide your customers with innovative, enhanced products that:

are clean and short-label, as well as free from common allergens

move your company closer towards achieving your corporate sustainability goals

Pictured: A burger made better with The Better Meat Co. Classic Beef Enhancer. 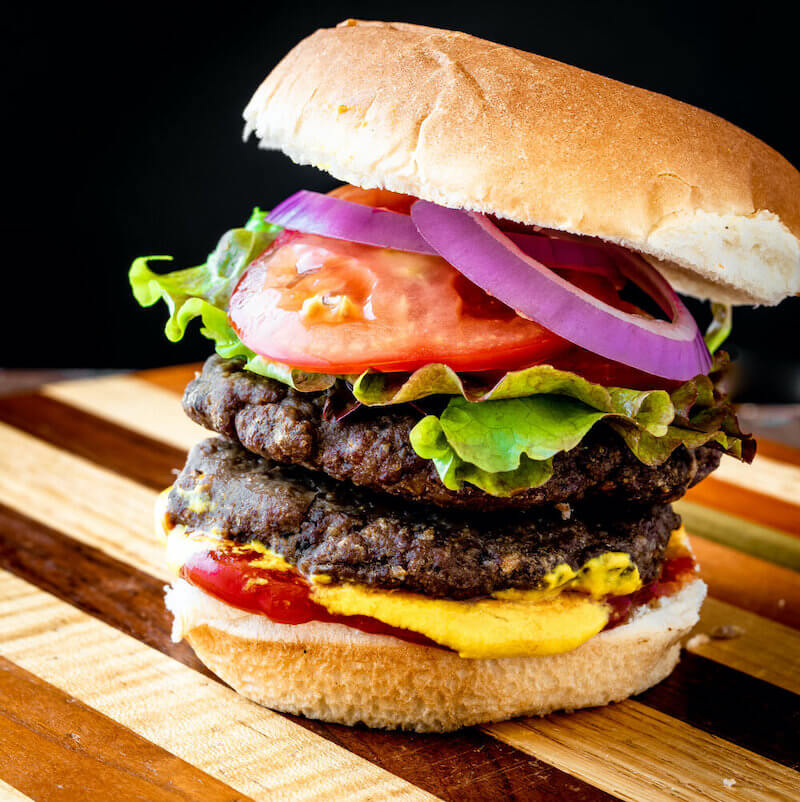 A national survey of meat consumers found that nearly half actively prefer a meat product blended with plant-based protein over one that’s solely meat.

The concept of boosting meat with plant protein is also viewed favorably by the vast majority of American meat consumers.

Our CEO Paul Shapiro touted the benefits of blending at Rabobank’s Foodbytes in 2019. Watch the short video below!